More than 40 supporters, friends and parishioners assembled in the Jubilee Hall on 1st March 2013, to witness the official opening of the new store-room, and the refurbished toilets and kitchen. Hall Management Committee Treasurer, Jasmina, who had played a lead role in  procuring grants and overseeing the refurbishment process, started proceedings with a brief review of the work carried out.  This was followed by some words from Liz, the newly elected Committee Chairman, who, on behalf of all the committee thanked everyone who had contributed to the recent developments at the Hall (see refurbishment).

The official opening then  took place, with the ceremonial cutting of ribbons:  the new storeroom was opened by Jeff, who had made the land available for its construction;  the new toilet facilities were opened by the recently retired Committee Chairman David, who had worked hard to ensure the refurbishment went smoothly;  and finally the newly equipped kitchen was opened by Jasmina, who worked so hard to make sure everything was done right and in time.

Once the formal part of the evening was completed, everyone was free to look around the facilities, and to enjoy the refreshments offered. 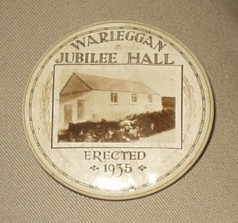 A souvenir from 1935, celebrating the Hall’s construction – see ‘Hall History’ 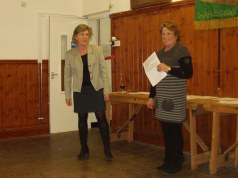 Jasmina reflects on the work carried out, with Liz looking on

Jeff is offered a choice of scissors for cutting the ribbon

Jeff cuts the ribbon to open the new storeroom 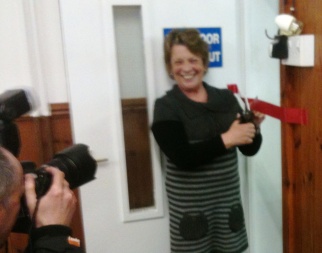 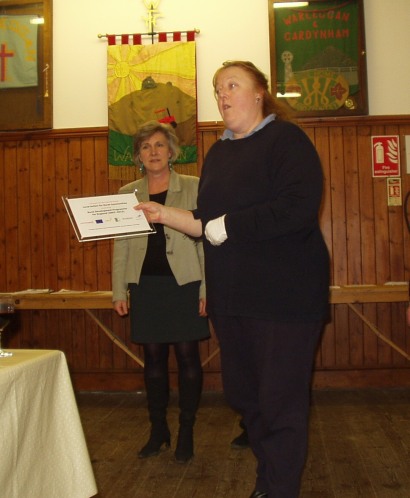 The plaque from East Cornwall Local Action Group is presented 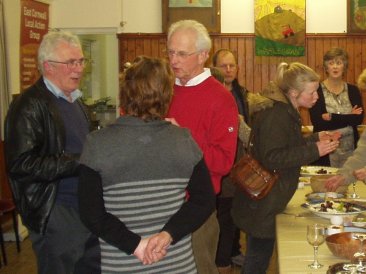 … all followed by an opportunity to catch up with friends

Signing support for a new boiler for hall heating

Signing support for a new boiler for hall heating 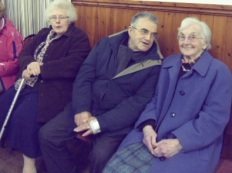 … and a time to catch up

NOTE:  Please take care, when submitting photos for this website, that you have the rights to the photo (i.e. they are actually yours, not just e.g. lifted from another website), and that you don’t foresee anyone featuring in a photo objecting to its publication.  Our intention is not to embarrass people!  Thus, also, if you are uncomfortable with any photo that has been posted and would like it removed, either because you find it objectionable in some way, or because it features you and/or your children, please let us know;  just identify it either with the ‘xxxx.jpg’ label you might see when you hover over the image, or by describing where you found it (e.g. 5th row, middle picture).  Thanks!

>> Find out more about the hall

One Reply to “Official Opening of Refurbished Hall”

This site uses Akismet to reduce spam. Learn how your comment data is processed.